Incredibly excited would be an understatement.

Bloomsbury Football are thrilled to reveal what is one of our biggest announcements yet. ProFutsal London, Britain’s top Futsal club, is becoming part of the Bloomsbury Family, as Bloomsbury Futsal.

Grassroots Futsal is now being made accessible to all in the capital.

ProFutsal London have been running the courts for six years and encompass U6s to U16s as well as an adult pathway, which plays at the elite level. Past sixteen, players enter the U18s Development side which play at the second highest level of Futsal in England, and then the First Team who play in Tier One of the National Futsal Series and are one of two mainstay teams competing for the title.

Bloomsbury Football pursues sporting excellence in everything we do. To welcome into the organisation this calibre of team, is testament to our desire to provide and uphold the highest level of playing, coaching and facilities, to young people and now adults as well, to reach the highest level of achievement.

“The biggest reason for coming to Bloomsbury is the infrastructure”, ProFutsal director Jon Kurrant states. “It’s just got to the point where ProFutsal London is quite big, it just needs a better and bigger infrastructure and Bloomsbury can support and deliver our objectives, to really move it on and try and expose Futsal on a much bigger scale in London”.

The most important component of that infrastructure, our relentless provision of accessible sport to the capital, which Kurrant cites as a massive factor fuelling the partnership.

“Because of how Bloomsbury operates in that it’s a charity, there’s no barriers to people playing, their model means that we’re not leaving out players that could really benefit from Futsal and be exposed to this pathway, something that’s incredibly exciting in England. People that don’t make it in their football or don’t have the skill set of elite Academy level have a massive opportunity to do so now with us in Futsal”.

Bloomsbury Football Foundation uses the power of football to improve the lives of young people in London. We offer sustainable programmes that support active lifestyles, promote positive impacts and pursue full potentials, bringing children from different socio-economic backgrounds together and providing those children the opportunity to experience a professional environment. These mantras are incredibly important to us. To now be able to replicate this in a Futsal environment is wonderful: being able to use the power of Futsal to improve the lives of young people in London in a way that promotes positive physical and mental wellbeing, is socially cohesive and equalises opportunity, gives us great pride. 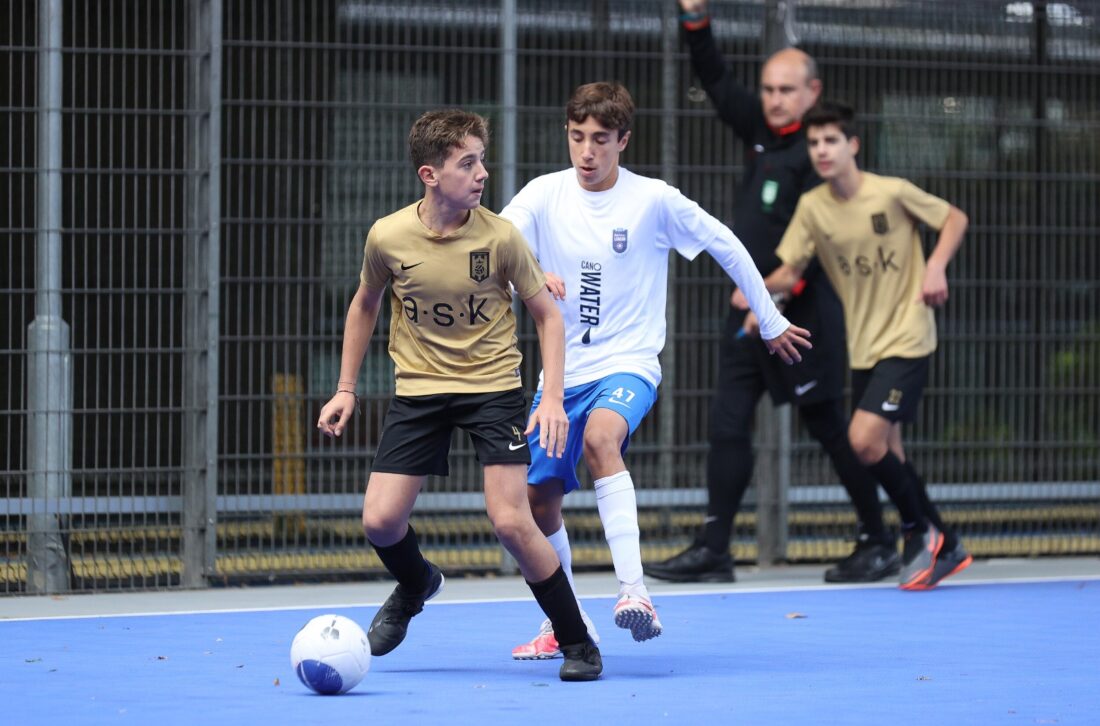 This milestone is one that is particularly special for our CEO and founder Charlie Hyman, having been involved for a number of years and currently a player for ProFutsal too, “I’ve seen the value in the sport both as a tool for football but as a sport in its own right”.

Football means a lot to families and often footballing families are some of the most strongly connected. Charlie’s extended family of Jon Kurrant and Juan Tapia-Owens (First Team manager) bring their Futsal family Pro London over to the Bloomsbury family, adding to what is the best footballing family, in the whole of London.

“Jon and Juan who currently run and manage Pro Futsal are incredible and have amazing knowledge and expertise in coaching Futsal, and we feel that Bloomsbury as an organisation have the infrastructure to support them. Supporting Futsal in growing an incredible programme, providing a better service, increasing the awareness of the sport and elevating the sport of Futsal which is still a niche sport in this country. Building both participation elements but also the elite pathways for young players to progress through into Youth teams, Development teams and First-Team – both for boys, girls, men, and women”. – CEO Charlie Hyman.

From August, the ProFutsal Academy will run as Bloomsbury Futsal. The First Team will play their final match as Pro Futsal London live on BT Sport in the National Futsal Series final on Sunday 27th June, meaning the First Team could sign off their tenure as ProFutsal London Champions of England, and enter life as Bloomsbury Futsal, a Champions League team. Tune in to support the team’s moving day and watch live the sport (maybe for the first time?) that picks up the keys to its new home, Bloomsbury.

Please let us know how we can help and a member of our team will be in touch soon.