This World Refugee Day, Bloomsbury Football is using football as a way to build stronger, more inclusive societies for all

UNHCR, the UN Refugee Agency, understands seeking safety as the right to seek asylum, have safe access to national borders, to not face pushback upon arrival, to not face discrimination and to receive humane treatment. At Bloomsbury Football this World Refugee Day and beyond, we are using our belief in the life-changing power of football to welcome those newly arrived in our communities and are doing what we can to ensure that everyone can seek safety.

Bloomsbury Football exists to ensure that every young person gets the same opportunity to access professional-level football sessions with qualified coaches. We talk a lot about changing the game. In practice, what this means is that through football, Bloomsbury supports young people to make new friends, gain life skills and improve their mental and physical health. Our financial assistance model means that we are able to reach all young people regardless of their background or where they come from.

For those seeking asylum or refugees, sport can be a crucial way to establish a new life in a new country, build community and stay healthy. That is why we started our refugee programme. Last year, we ran sessions at King Soloman Academy with Afghan refugees who were living in temporary accommodation at bridge hotels. This year, we have expanded our programme to also support those newly arrived from Ukraine, running sessions on Saturdays over the course of six weeks at Cavendish School in London. In a political climate that is becoming increasingly hostile to those fleeing violence and persecution, it seems more important than ever that communities use the power of sport to welcome those newly arrived.

Bloomsbury Football was founded on the core belief that all young people deserve the opportunity to access high-quality football sessions with qualified coaches, and that is never going to change. When a young person has had to flee their home country and leave everything they know, it is so important that they have access to activities that re-create a sense of normality, give them a chance to make new friends and gain new skills. Our refugee programme is a way for Bloomsbury to provide this opportunity, levelling the playing field for all young people – Charlie Hyman, Founder & CEO of Bloomsbury Football 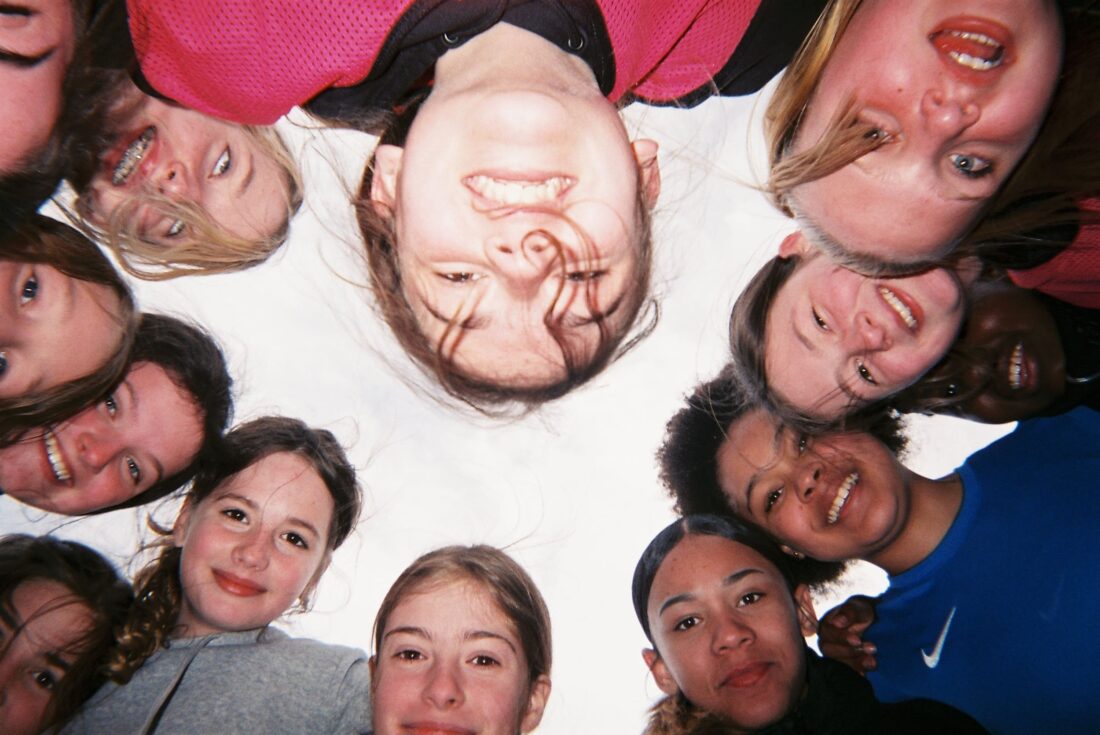 This month, as part of Bloomsbury’s project Stories from the Sidelines, we have been learning about the stories of refugees in our communities and talking specifically about our refugee programme. Grassroots football is built on stories, and we know that our community is what makes Bloomsbury so unique.

Last month, our Academy Manager, Josh, told us about two Academy players who are refugees. We thought that Stories from the Sidelines would be a good opportunity to hear more about their lives, their love for football and how playing with Bloomsbury has helped them to settle into their new homes.

What’s the biggest difference between your home country and here? “Everything”, replied one of our Academy players speaking to Josh about arriving in the UK two years ago. “I used to play football, but when I came to the UK, that was the first time I ever played on proper astroturf pitches”. This player’s passion for football is clear. “Arriving in the UK, I was like a new born, everything was so different”. They go on to explain how playing with Bloomsbury helped them to settle into their new home and learn English. “When I arrived in the UK, all I could say was football, door and window. Now I know a lot. I learned a lot when I joined Bloomsbury, when I started playing and training in English”. “I learned a lot from watching YouTube”, the other player adds.

“Sport has the power to change the world”. This is what Nelson Mandela said in 2000 at the inaugural Laureus World Sports Awards, of which he is a patron. He continued, “it has the power to unite people in a way that little else does. It speaks to youth in a language they understand. Sport can create hope where once there was only despair”. There are so many amazing examples of this being true at Bloomsbury Football and beyond. Access to sporting participation is a key pillar of achieving Sustainable Development Goal 3, “Good Health and Wellbeing”. It is integral not only to achieving other Sustainable Development Goals, such as Goal 16 on Peace, Justice and Strong Institutions, but is integral to sustainable development and creating stronger, healthier societies.

I truly believe that sport is the greatest societal equalizer. It allows people from all ages, races, creed, gender identifies and nationalities to strive for a common goal, on and off the pitch. Sport is therefore essential to facilitate the integration of migrants and refugees into host societies – Jean-Philippe Chauzy, Chief of Mission for the International Organization for Migration (IOM), the UN’s Migration Agency, in the Federal Republic of Germany

Goal Click is an organisation that uses photography and storytelling to illustrate the power of football to unite communities. Goal Click gives disposable cameras to players all over the world, asking them to record their lives and football practice through their own lens.

The result is powerful: a visual record of grassroots football, created by those who make up the community. There is a specific section for refugees’ stories on Goal Click’s website, showing the particular power that football has for those who are displaced. For example, there is the story of Samuel Gedeon, who left Haiti for New York City in 2015 and plays for Rooklyn International Football Association. Shegofa Hassani’s story also stands out. Her family fled Afghanistan when she was nine years old, and she had to challenge her parents’ beliefs and culture in order to start playing in Australia. She has now been playing for over twelve years, and manages an Afghan girls team called Sydney United Girls. 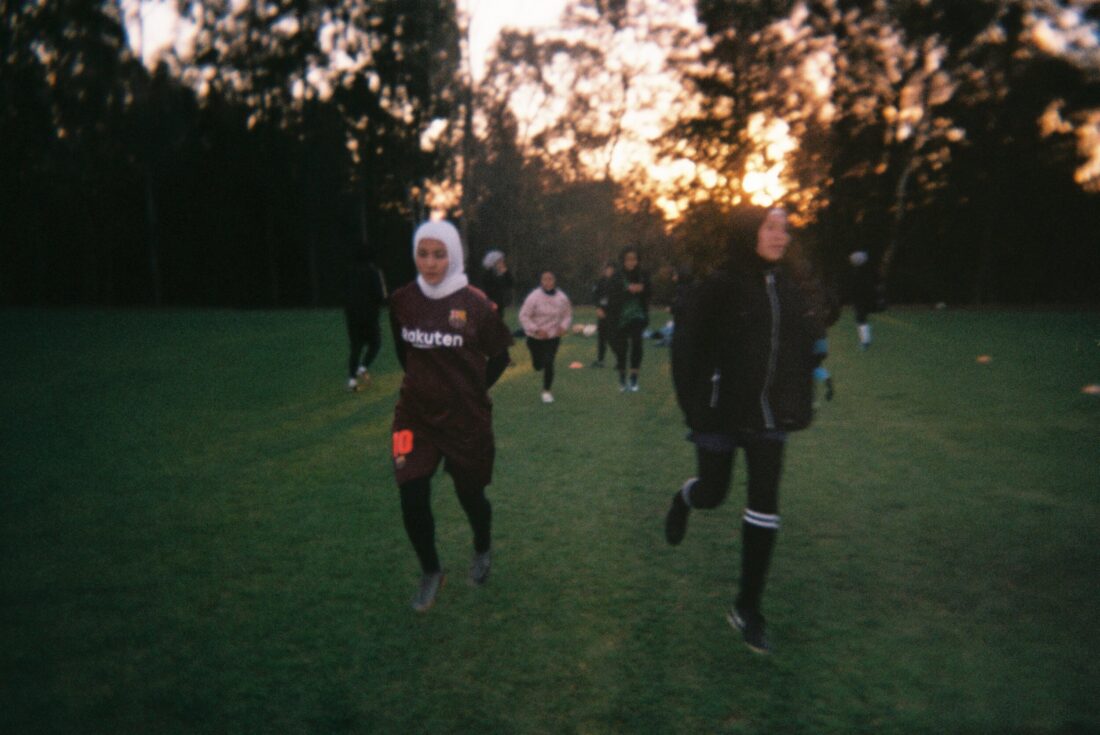 Josh finished his conversation with our players asking about their ambitions. Both want to be professional footballers when they grow up. They want to play for Real Madrid and Manchester United. To this, Josh replies, “you’ll get there- if you believe in it, you’ll get there, and we’re here to provide you with the opportunities to make sure that you can get there”. He goes on to explain that even if they don’t make it to play on that level, there are so many ways that the dream to have a career in football can come true. That is what Bloomsbury is truly about. Whilst we support the dreams and big ambitions of our players, our goal is not only to create the best players of tomorrow, but the best people.

When we view the pitch as a microcosm of life itself, we are able to support our young people to better cope with the anxieties of growing up and become more confident and resilient individuals. This seems more pertinent for those who have been displaced. When young people from all different backgrounds are able to play on the same team, it is hard not to imagine a future that is healthier and happier for all.

Thank you to the two Academy players who spoke to Josh about their experiences- for legal reasons, we are not sharing their names. We appreciate you!

To read more about World Refugee Day 2022, get involved and support, please follow this link to UNHCR’s website.

Please let us know how we can help and a member of our team will be in touch soon.